On behalf of the NPI team, I’m pleased to announce that we have com­plet­ed work  on a new release of Pacif­ic NW Por­tal – Ver­sion 5.6, code­named Otter Rock.

Otter Rock is a main­te­nance release – the sixth in the New­port series. In oth­er words, there aren’t any new major fea­tures… just bug fix­es, updates to the index, and tweaks to func­tion­al­i­ty and brand­ing to make things work better.

Like every pri­or release of Pacif­ic NW Por­tal, Ver­sion 5.6 is named after an Ore­gon coastal town or com­mu­ni­ty. Otter Rock is locat­ed in Lin­coln Coun­ty only a few miles of north of New­port. It is the small­est Ore­gon com­mu­ni­ty to have its own Mo’s Seafood, and also home to the Dev­ils Punch­bowl State Nat­ur­al Area. 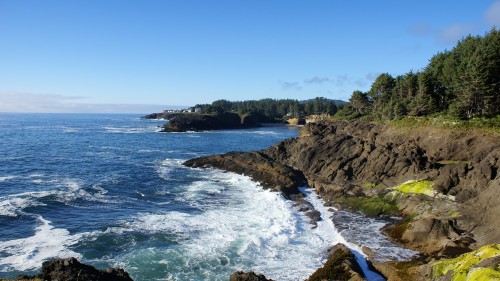 The Ore­gon coast at Otter Rock, just north of New­port. (Pho­to by GC Menezes, repro­duced under a Cre­ative Com­mons license)

This post con­sti­tutes our offi­cial changel­og for Ver­sion 5.6. Please feel free to leave ques­tions, sug­ges­tions for future ver­sions, or oth­er thoughts on Otter Rock in the com­ment thread.

That does it for this release. If you have thoughts on any of these changes, or ideas for future improve­ments that you’d like to see, leave a com­ment in the thread.